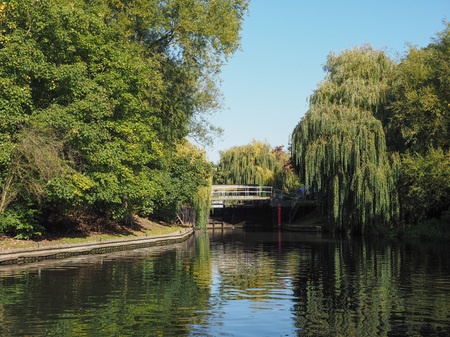 Southeast of Birmingham, England nestled along the River Avon, you’ll find the quaint town of Stratford-Upon-Avon. Its humble start began during medieval times becoming a market town where people could sell their wares. But the town’s real fame came in recognition of its native son, William Shakespeare. 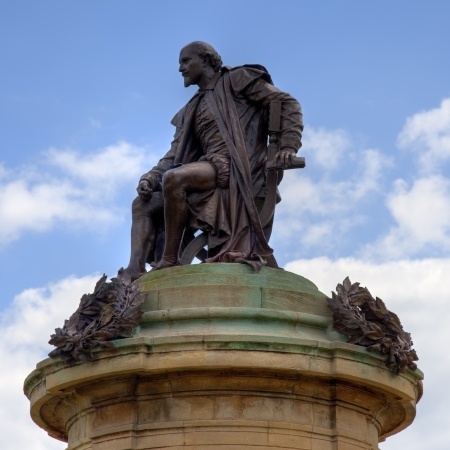 When he died at the age of 52, he was considered to be an average playwright. However, over time, critics, writers and the public began to appreciate the depth of his writing and his plays have continually been performed throughout the world.

Without further ado, take a trip to Stratford-Upon-Avon and walk in Shakespeare’s footsteps. 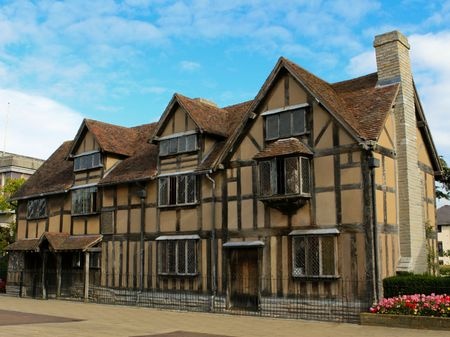 William was born in this house and spent his childhood days here. Even after marrying Anne Hathaway, the couple lived here and remained for five years, until moving into their own home.

A visit here will propel you into the life of the late 1500’s, with rooms carefully representing the time period. In addition, you’ll walk where other famous writers walked, discovering more about this prolific author. 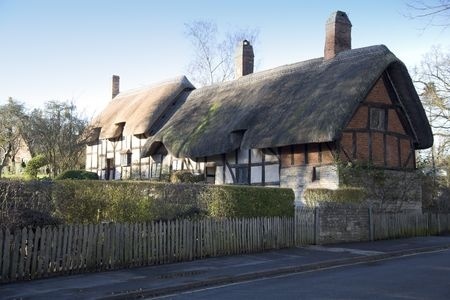 This 600-year old cottage with a thatched roof belonged to Anne Hathaway’s parents. It became the place where a young William Shakespeare courted his future bride. Imagine them strolling through the stunning gardens, orchards, woodlands and trails.

The house is located in Shottery, just over a mile from Stratford-Upon-Avon’s town square.  A well-posted footpath offers an easy access for walkers to discover.

The home itself offers some original family furniture including the Hathaway bed. 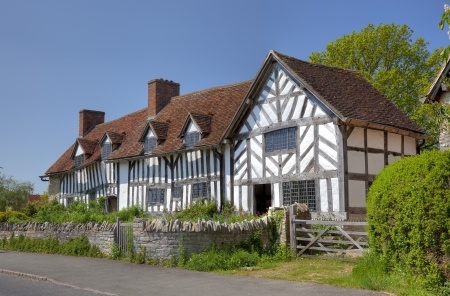 Shakespeare’s mother, Mary Arden grew up living on this farm, a great example from early Tudor times. Mary shared her home with her seven sisters until she married. Today, demonstrations reenact the life on the farm as it would have been in the 1570’s, including falconry displays, Tudor music and dancing, goose herding, and a typical Tudor dinner. There are many opportunities for interactive activities, which let visitors experience life as it was so long ago.

In addition, the house holds hidden history that one can explore. A peak inside the walls and chimney, tells the story of how the house was constructed.

Picture Shakespeare spending time here with his grandparents, and exploring the many facets of life on a farm in the 1500’s. 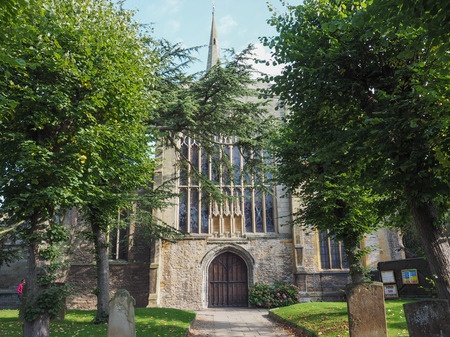 The Church of the Holy Trinity houses the church register in which the christening and death records of Shakespeare have been inscribed. The church is also home to the graves of William, wife Anne and other family members as noted by plaques.

Beautiful Victorian stained glass adorn the church and a rare, first edition, King James Bible from 1611 is kept there. This was the first Bible to be translated into English. 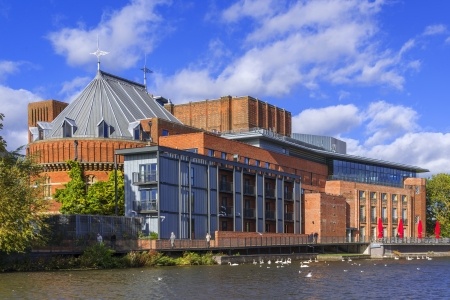 Enjoy a performance or just explore the building on a Theatre tour where you’ll see free exhibits and enjoy breathtaking views from the tower. You can also enjoy a repast at the Rooftop Restaurant, located on the third floor.

Ready to visit William Shakespeare’s home town? Call us today and we will put together an unforgettable trip for you and your traveling companions. Until next time, “Parting is such sweet sorrow.”