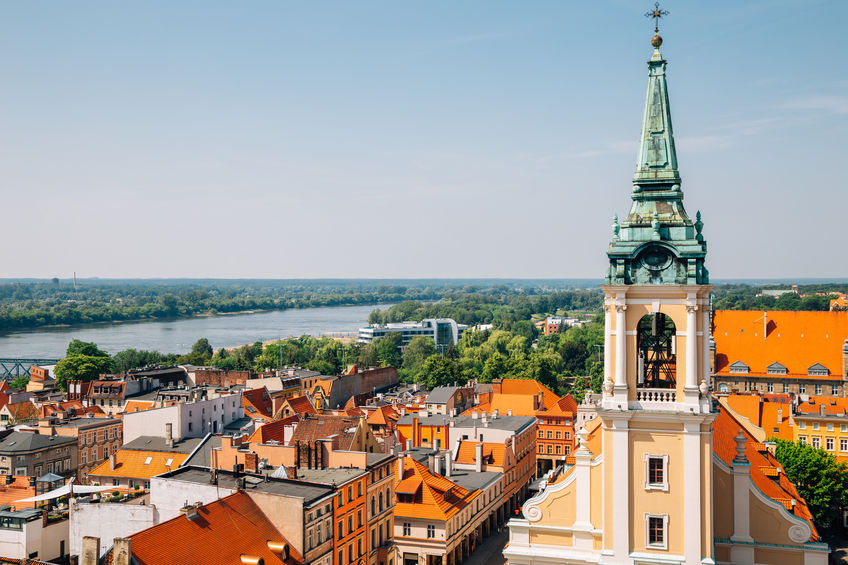 Step into the past when you visit the Medieval City of Torun, Poland

The first impression one gets when exploring the medieval city of Torun is the overwhelming sense of returning to an earlier era.  With over 800 years of history, the old city unfolds to reveal its well-preserved past as one of the oldest cities in Poland.  Although archaeologists’ discoveries date the first settlements back to 1100 B.C., the city we know today evolved from 1231, when it was first settled by the Teutonic Knights. 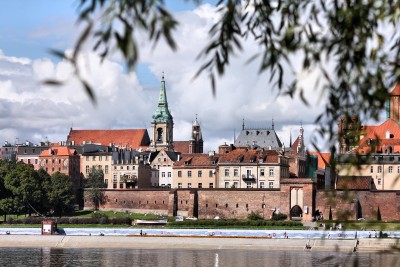 Torun, Poland View of Old Quarter and the City Wall

In 1264 Torun joined the Hanseatic League and became an important trading center.  It joined the Prussian Confederation in 1440 and later fought against the Teutonic Knights in the Thirteen Years’ War when, after defeat, the Knights ceded their control over the city.  Over the years, the city either embraced or succumbed to the ruling of Poland, Prussia, France, and Germany.  After World War II, Torun became part of Poland again, with strong Soviet intervention.   This domination ended in 1989, allowing Poland the opportunity for self-government. 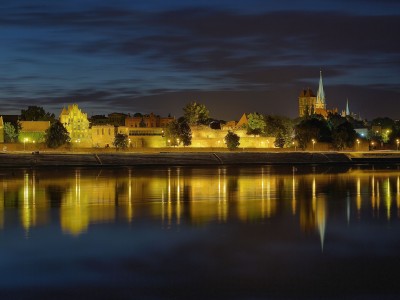 Untouched by World War II bombings, the Old Quarter today allows travelers and locals alike to revel in the history of this well-preserved area.  Made up of the Old City, the New City and the Teutonic Castle, the Old Quarter showcases some of the most impressive highlights of Torun.  It was declared a UNESCO World Heritage Site in 1997, boasting monuments and street configurations from the Middle Ages. Its buildings represent some of the best Gothic architecture in Northern Europe.  In addition, the intact city wall still stands today, a remarkable find in today’s world.  A trip into the Old Quarter brings images of stepping back into history and what life must have been like during Medieval times.

A not-to-be-missed attraction features the Torun Fortress, a complex of forts built during the 19th century.  There is an inner ring made up of 15 large forts and smaller buildings 3 ½ to 4 km from the Old Quarter.  The outer ring consists of more than 200 structures, built in a circumference around the city and run for 22 km.  The buildings provided protection against potential invaders.  Being outside the fighting area of World War I, the buildings were unused and not destroyed.  However, during the occupation of the Nazis during World War II, many of the buildings were used as prison camps, labor camps and detention camps.  After the war many were destroyed by looters. 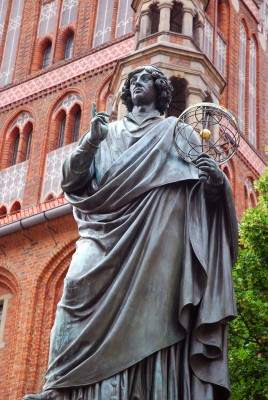 One of Torun’s most important occupants, astronomer Nicholaus Copernicus (1473-1543), was born and lived most of his life there.  He was most famous for his heliocentric model of the world, where he believed that the Earth orbited around the sun and not the reverse, which was the consensus at the time.  Visitors can see the house where he supposedly was born, which has been fully restored and acts as a museum today.

In addition to all the history one encounters in Torun, there are 1,500 festivals and cultural events that take place yearly, from small to large.  These include museums, professional theatre companies, art galleries, cultural centers, cinemas and numerous clubs offering concerts and exhibitions. 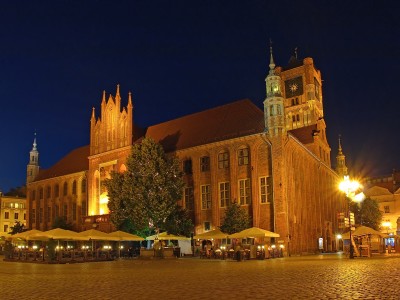 And while you’re there, don’t forget to indulge in some gingerbread.  This tasty treat first appeared in the 13th century using spices traded during the Crusades.  Each baker guarded his recipe from all others, creating distinct breads, which were often served with wine, mead or vodka.  Elaborately carved molds, often representing the royal family provided unique presentations along with flavor.  Even Frederic Chopin wrote to a friend about how the gingerbread “…made the greatest impression, or effect on me.” Today’s gingerbread, based on the old recipes, can be enjoyed during your tour of the World of Torun Gingerbread, located in a 15th century merchant home.

Are you ready to get off the beaten track and explore a medieval city with charm and loads of history? Call us to begin planning your next trip filled with out-of-the-way places where you can relax and explore at your own pace and let the local ambience surround you.