Do Your Christmas Traditions Come from Your Ancestors? (part 2)

Exploring the connections between your ancestors’ and your Christmas traditions.

Our last blog talked about the how your Christmas traditions often came from the practices of your forebearer.  Here we’re adding some more yearly rituals to our list, like decorating the house and special foods that come straight from our heritage.  The holidays wouldn’t be complete without adding our family and friends to share in these inviting customs. 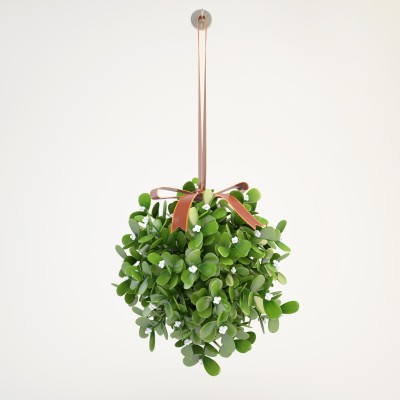 The Druid priests used mistletoe in their winter celebrations over 200 years prior to the birth of Christ. Believed to have magical healing powers, the Celtics used it to bestow life and fertility.  The custom of kissing under the mistletoe came from the Greeks and their belief in fertility.  In 18th century England, people incorporated mistletoe into a “kissing ball.”  Kissing a young woman under the kissing ball meant a deep romance or lasting friendship and goodwill.

Oh, Bring Us Some Figgy Pudding

Even the foods we eat often have ethnic origins.  The English eat turkey or goose for their Christmas feast with vegetables, such as potatoes and brussels sprouts.  Of course, the meal ends with mincemeat pies or a Christmas pudding.  In Dickens’ A Christmas Carol, the Cratchit family ends their meal with figgy pudding.

The first known account of eggnog came from the Jamestown settlement in 1607.  Colonists called their mixture “egg and grog” which referred to any drink made with rum. Later the name was shortened to “egg’n’grog” then later to eggnog.  Today’s version contains milk, eggs, sugar and some sort of liquor such as rum, brandy or whisky.  Sometimes ground nutmeg, cinnamon and whipped cream are added.  Of course, you can purchase ready-made eggnog from the grocery store and add your own libations.

Although the fruitcake has been the brunt of jokes for many years, its origins began when early immigrants candied fruit, by adding sugar, which could be then sent to Europe. Eventually they combined a variety of fruits and formed them into loaves. 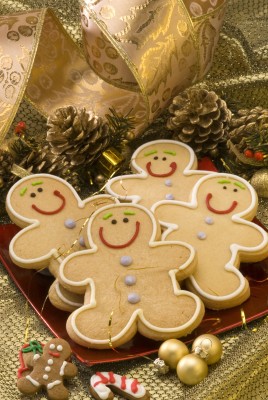 The modern day Christmas cookie probably began when Lebkuchen (gingerbread) was invented in Germany and associated with the holiday.  By the 1500s cookies were found throughout Europe.  In addition to Lebkuchen, people baked Spritz cookies.  The Swedes made Papparkakor (spicy ginger and black-pepper delights), the Norwegians made Krumkake (thin lemon and cardamom-scented wafers) and the English made sugar cookies.  Polish peoples are famous for their Polish Amaretti or almond cookie.  The Renaissance period produced recipe books abundant with cookies.

Today we still celebrate the Christmas season with many of the delightful traditions which began centuries ago.  The holidays bring together family and friends and renew customs passed down from generation to generation.  These practices connect us with our past and our heritage while creating lasting Christmas memories of our own. Discover your own family traditions with a trip to your “roots” where you may be inspired to begin “new” traditions with your family. Call us when you are ready to discover your family traditions, up close and in person. We’ll put together a trip you’ll never forget.

We Wish You a Merry Christmas!