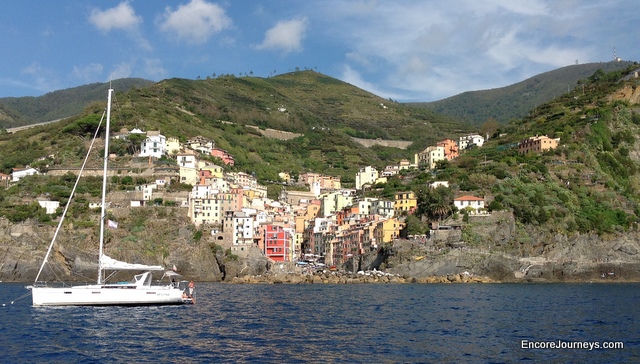 The five cities that make up this region are: Monterosso al Mare, Vernazza, Corniglia, Manarola, and Riomaggiore. Today they, and the surrounding hillside and coastline, are part the Cinque Terre National Park. This area has been designated as a UNESCCO World Heritage Site. 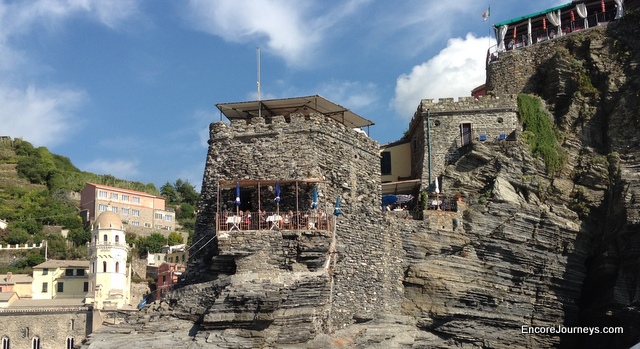 During medieval times the area was known as “The 5 Castles” since each little town built a castle as a defensive shelter against Turkish pirates raids. Locals tell of men fishing and working the fields when the pirates came. Women and children fled to the castles to prevent being taken and sold as slaves in a faraway place. Eventually, the raids ceased and the people focused on fishing, growing olives and grapes and making wine.

The hilly locations, while providing a great defense, also presented challenges of accessing the region from the outside world. Nestled around curving narrow streets, the towns grew. Today, the charm and authenticity exist partly because no cars are allowed in the historical areas and in some towns no cars are allowed at all. 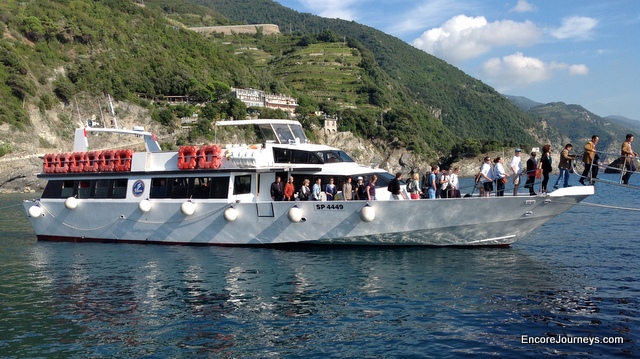 To get there you’ll want to either take the train, the ferry or walk between towns. The train runs from Genoa to Pisa or reverse and stops at each town along the way. A great alternative is to take the ferry; however, it doesn’t run during inclement weather. For those who like to hike, a trail between towns offers spectacular views. The National Park Service charges a nominal fee, which helps to maintain the path. 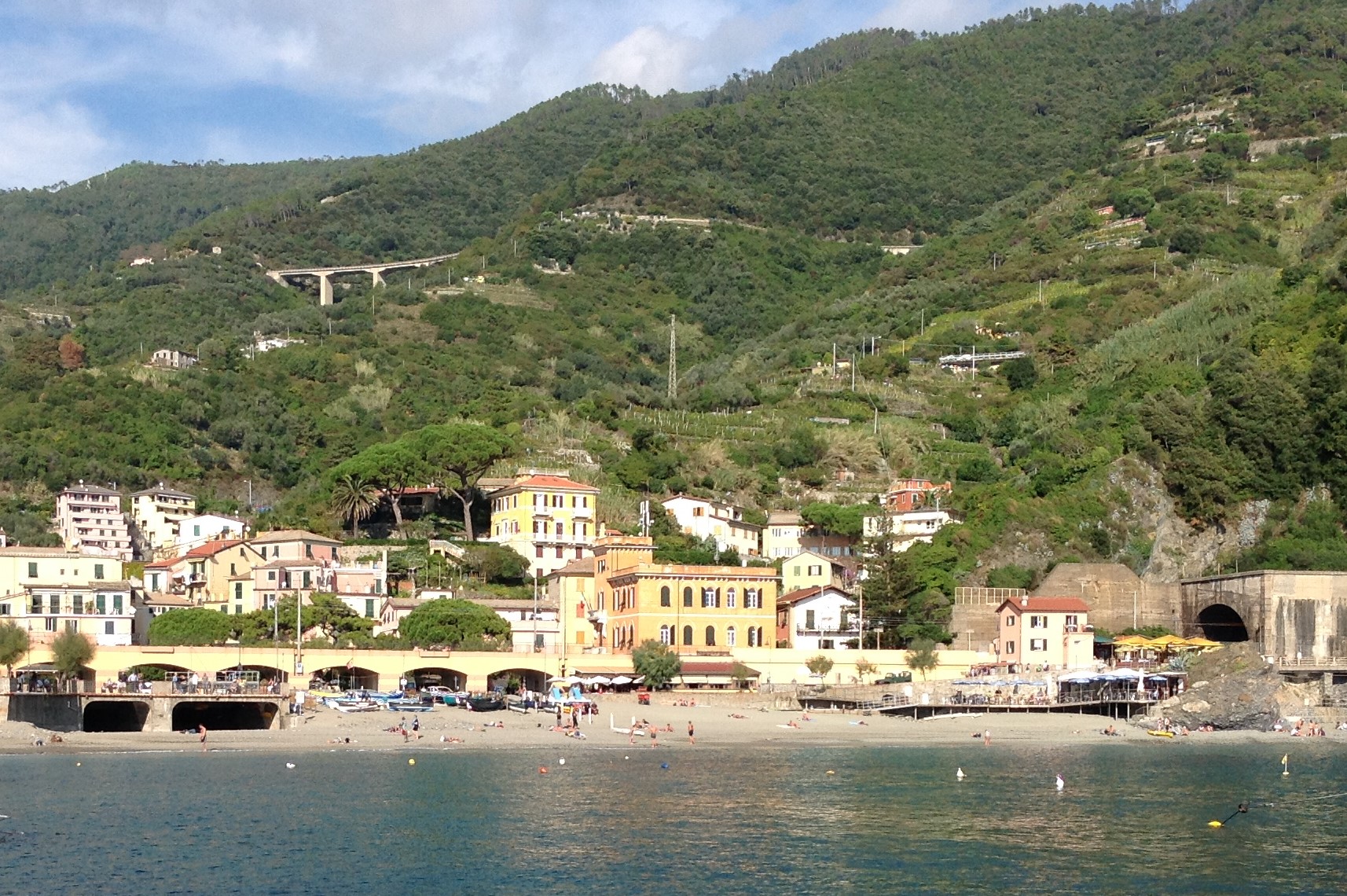 When approaching each of the towns, the first thing you notice are the pastel homes nestled on the side of the hills. These homes butt up to one other as if relying on each for support.  On the top of the hill you’ll find the castles, just waiting for you to take in the splendid views. 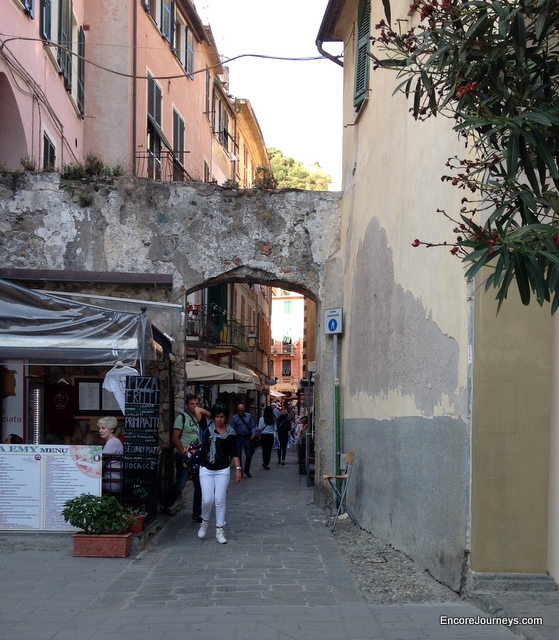 Once here, you can take in the relaxing ways of a by gone era. Stroll along the narrow cobbled streets. Smell the sea salt air. Dive into a delicious meal of locally caught fish while sipping on its famous white wine. And interact with the locals.

Many of the locals living in the Cinque Terre are descended from past generations going back centuries. While other cities along the Italian Riviera embraced the influx of posh businesses and hotels, the people here are dedicated to preserving their way of life, which allows you to experience the authentic Italy from earlier times. 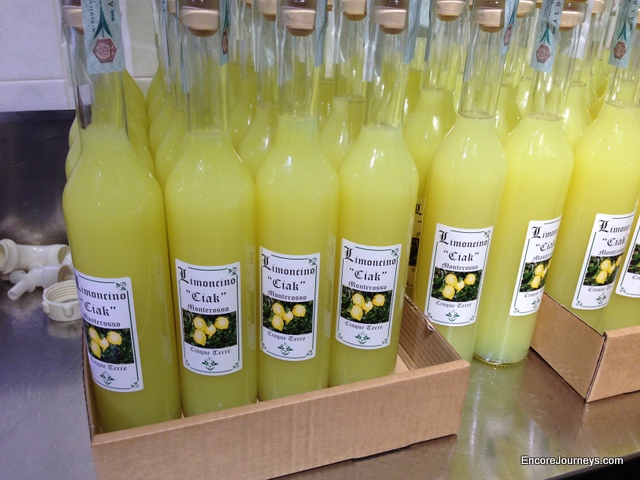 Local shops by local artisans can be found in several of the towns. Not only can visitors enjoy feasting on locally caught fish cooked with local olive oil, but they can sip on the special wine produced in the area. One can also enjoy pasta with pesto, made famous in this region where it originated. After dinner you might enjoy some locally produced Limon cello made from lemon orchards in the area. 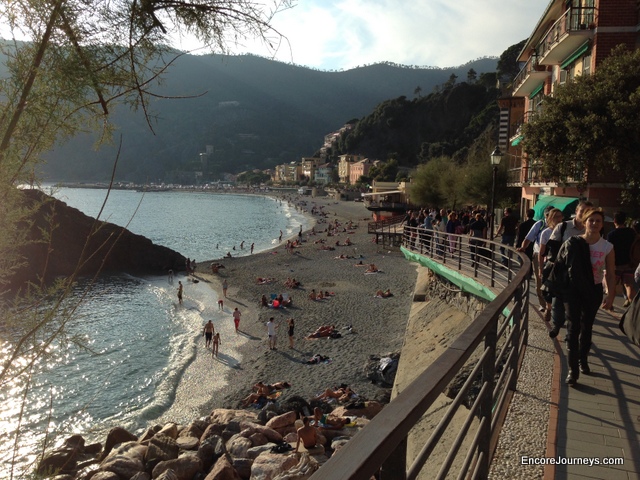 If you’re looking for the beach, look no further than Monterosso al Mare with the best beach in Cinque Terre. Sunbathers and swimmers alike enjoy the sandy entrance to the sea. While more touristy than the other towns and a bit larger, you can find the same quaint shops, restaurants, homes and castle as the other towns during your visit.

Your stay here will be a memorable one!