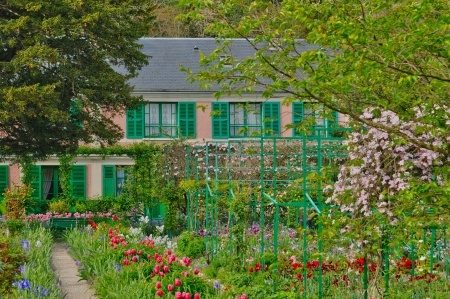 How lucky we are to be able to visit Claude Monet’s beloved garden and home in Giverny, France today.  After viewing Giverny from a train window, Monet made the decision to move his family there.  As a fledgling artist, he was only able to rent his home in 1883 when they arrived.  Later, as his works began to sell, he purchased the house, which included an orchard.  Ten years later, he increased the size of his land holdings by buying the neighboring property and building a pond there.  Over the years Monet purchased specific plants he wanted and placed them in his desired location within the gardens. 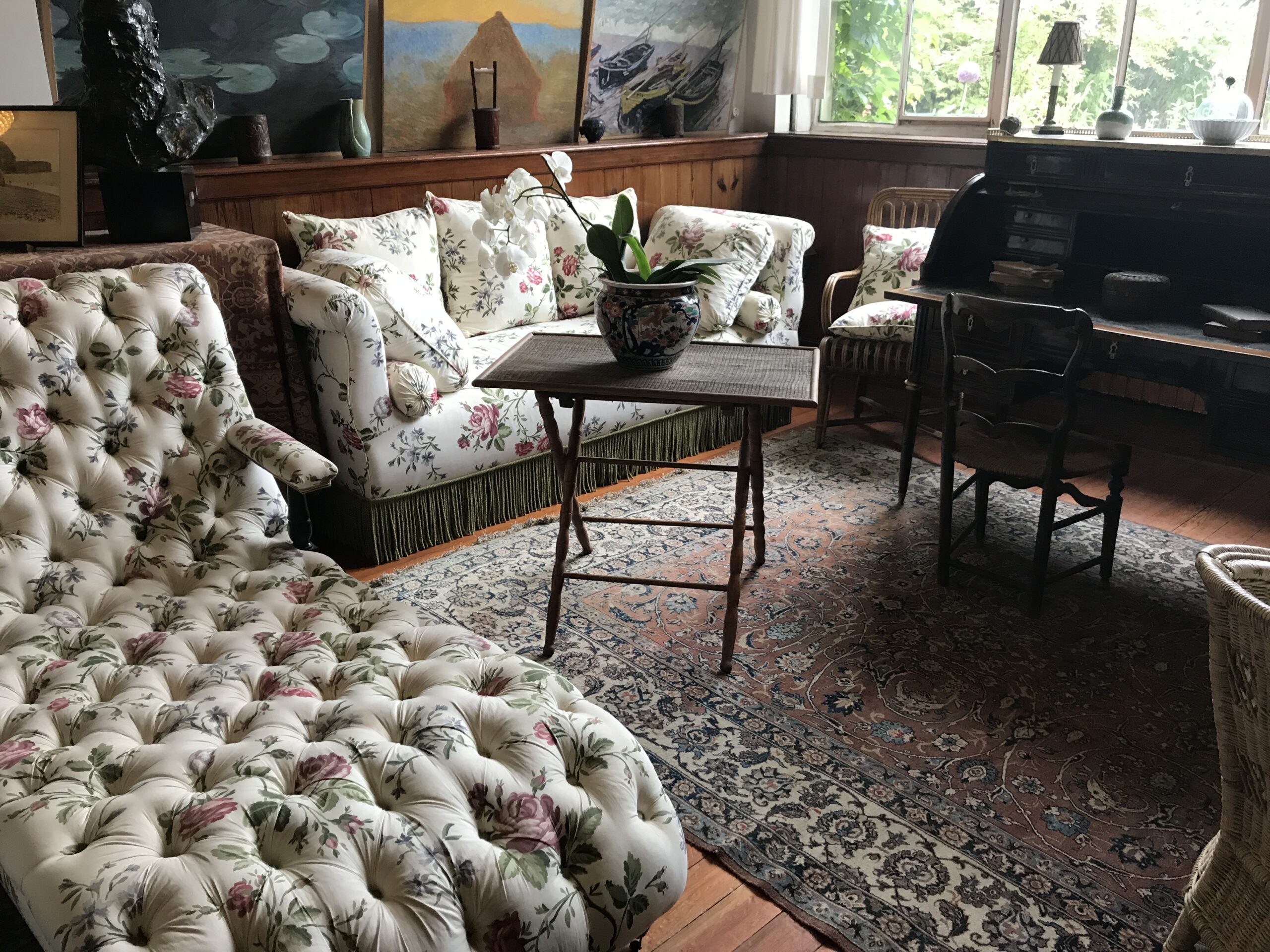 When Monet died in 1926, his son Michel inherited the house and property.  His sister-in-law Blanche, who had taken care of Claude in his later years, lived in the house until her death in 1947.  During World War II, she fled to Nice and lived with her sister. She left a note on the door that said that this was the property of the famous artist Monet and told everyone to leave it alone. Upon her return, nothing had been touched.

After World War II, the property was neglected.  In 1966, Michel gave the property to Academie des beaux-Arts, a non-profit organization who restore and maintain properties. They discovered that original artwork still hung on the walls. Today, those masterpieces are housed in museums and now copies line the walls of the house. After almost 10 years of carefully consulting with Monet’s gardeners, friends and visitors, the gardens and home have been restored to their original. 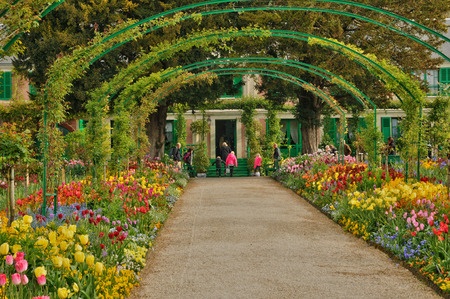 Today, visitors can see the two gardens located here:  Clos Normand in front of the house and a Japanese inspired water garden on the neighboring property. One only has to step inside the garden entrance to be reminded of the breathtaking oils of Claude Monet, who captured the essence of his beloved gardens.

In the Clos Normand garden, near the house, spring flowers of tulips, daffodils, crocuses and irises give way to summer perennials.  Flower beds filled with hollyhocks, daisies, irises, roses and other perennials combine with annuals for spectacular colors, textures and eye appeal.  Ornamental and flowering trees loom over these plantings.  The center boasts iron arches which support climbing roses and allow visitors to walk along this central alley. 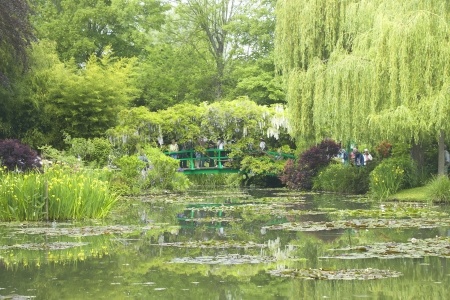 Weeping willows, planted close to the pond, drop graceful branches next to the Japanese bridge he had built in his water garden. Initially, Monet created his pond by enlarging the Ru river, which flowed through his property and into the Seine.  Once the pond was built, he added local white water lilies and water lilies of pastel colors he imported from other countries. Later he enlarged the pond to the size you see today and added wisteria. 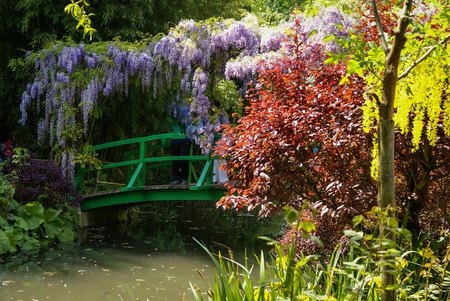 Here’s a little preview of the garden for your delight:  https://www.youtube.com/watch?v=6b_-uHsDf4c   You might find it interesting that over 500,000 visitors come to the gardens which are open from the end of March until November 1st each year.  Insider tip:  To avoid the crowds go first thing in the morning or later in the afternoon. Tickets can be purchased ahead of time to avoid the lines.  We love to help clients by arranging special tours and events as part of your trip.  Just call for more information! 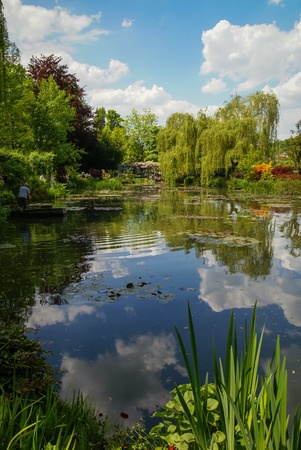 Let us plan your next great vacation to Europe, incorporating authentic and special touches that make your stay memorable. Feel free to take us up on our complimentary consultation where we will discuss your dream trip.