Do Your Christmas Traditions Come from Your Ancestors?

Do Your Christmas Traditions Come from Your Ancestors?

Have you ever wondered about the connection between your ancestors and your Christmas traditions?

We love to sing carols by the fire, light up our Christmas tree, have a nip of eggnog, send out Christmas cards, hang stocking on the mantle and smooch under the mistletoe. But where did all these traditions come from in the first place?

The sending of Christmas cards began in Victorian England when young boys would practice writing by making Christmas cards for their parents.  Sir Henry Cole, who was the first director of London’s Victoria and Albert Museum, found himself too busy to compose individual greetings so he commissioned artist John Calcott Horsley to draw a card for him. It was inscribed with “A Merry Christmas and Happy New Year to You” on the inside. 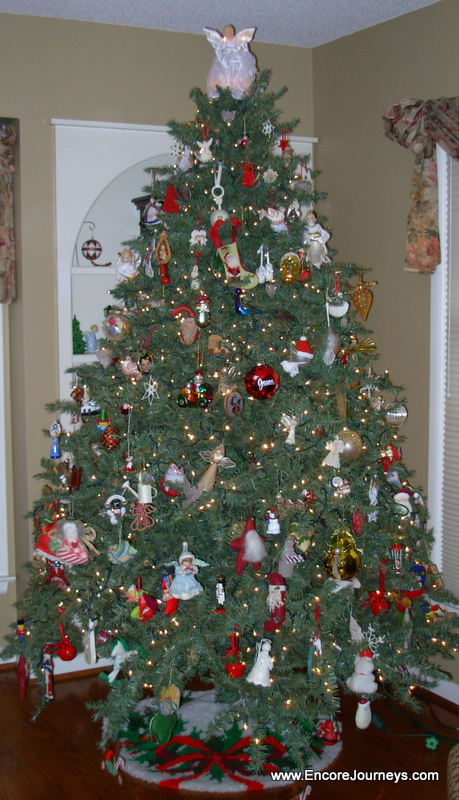 Many of our Christmas traditions have been around for over two centuries.  Probably the most recognizable Christmas symbol, after the crèche, is the Christmas tree.  Originally used in pagan Europe, the modern Christmas tree originated in the 17th century with Lutherans in Germany.  Martin Luther added candles to a small tree to recreate the beauty he witnessed one night with stars shining through the branches of a fir tree. As Lutheran settlers came to Pennsylvania in the 1820s they brought this custom with them.  In the 1840s, Prince Albert, who was Prussian, brought the idea of the Christmas tree with him when he married Queen Victoria.  Later, when a photograph of the royal family with the Christmas tree appeared in a London newspaper, owning a tree became fashionable in Europe.

Christmas caroling traditions come straight out of England, where the original carols of the 12th and 13th centuries were strictly used in church services.  The caroling of today, going door-to-door became popular during the Victorian period.  Many of the popular songs, such as “The First Noel,” “Hark! The Herald Angels Sing!,” “God Rest ye Merry Gentlemen” and “Good King Wenceslas” were written about that time.

In the 4th century there lived a man who we now call Saint Nicholas.  Orphaned as a small child of a wealthy couple, he grew up to become a very generous and kind man.  His reputation spread around Europe and an official church holiday was created in his honor.  The Feast of St. Nicholas is celebrated on December 6 with gift-giving and charity.  After the Reformation, his popularity dwindled, except in Holland where the Dutch spelling of his mane Sint Nikolaas evolved into Sinterklass.  Children would leave their wooden shoes by the fireplace and Sinterklaas would fill them with fruit and candy.  In the 17th century, Dutch colonists brought this tradition to America and the name was changed to Santa Claus.   Clement C. Moore’s famous poem A Visit From Saint Nicholas describes the Santa Claus we know and love today.

St. Nicholas is also credited with the creation of the Christmas stocking.  According to legend, a widower and nobleman squandered his fortune and left no monies for his three young daughters’ dowries.  Without this, they would be unable to marry.  Knowing that the man would take no charity, St. Nicholas threw three small pouches of gold coins down the chimney, where they happened to land in stockings which were hung to dry.

A visit to Europe may help you to discover where your Christmas traditions originated.